Ferrovial bases its commitment on this matter on the Universal Declaration of Human Rights and its adaptation to the business world included in the United Nations Guiding Principles on Business and Human Rights.

Since 2014 Ferrovial has had a Human Rights Policy that is promoted and approved by the Board of Directors aligned with its Code of Business Ethics, the principles of the UN Global Compact, the Guiding Principles for Business and Human Rights, the Universal Declaration of Human Rights, the OECD Guidelines for Multinational Enterprises and the rules and regulations of the International Labor Organization.

Through this policy, the necessary means are established not only to enforce compliance of Human Rights, but also to raise awareness of the principles among its stakeholders and throughout its value chain. It also guarantees respect for the labor rights of all its employees and contractors in all countries where it operates, in accordance with local law and regulations.

Ferrovial’s responsibility to enforce Human Rights is manifested in its refusal to tolerate any type of discrimination in communities where it operates, in promoting a respectful and suitable working environment and its commitment to labor market integration.

The company fosters respect for Human Rights among all employees by providing courses on the Code of Ethics and the Code of Prohibited Conduct, which include specific modules on this subject.

“Ferrovial builds its Human Rights Policy on the Principles of Protection, Respect and Remedy”

The company’s Ethical Channel addresses various key aspects relating to Human Rights. The functionalities are there to identify and report cases of harassment (broadly meaning any kind of abusive, hostile or offensive conduct) and to report and denounce discriminatory practices or behavior based on culture, political ideas, religious beliefs, race or other types of discrimination in any of the countries where the company operates.

To identify, prevent, mitigate and respond to potential breaches of Human Rights, and given that the associated risks can change over time, Ferrovial conducts a continuous due diligence process of its own business activities and of those directly related to its operations and services. In the case of infrastructure projects involving vulnerable communities, it analyzes the social and environmental impact on the affected communities. Following the initial diagnostic, the company designs contingency plans with measures to mitigate and/or offset the impact.

In addition, Ferrovial has due diligence procedures of ethical integrity of business partners, suppliers and candidates that establish the obligation to perform a due diligence process of integrity, including the field of Human Rights, before engaging in any type of business relationship or hiring a new employee. These procedures, which imply extending the company’s values included in its Code of Ethics to its entire value chain, also establish mechanisms for monitoring trade relations during their validity.

Ferrovial’s measures for safeguarding and respecting Human Rights also include those that respond to new realities such as the right to digital disconnection, the right to confidentiality and privacy of all the people with whom it interacts by making appropriate use of their personal data at all times.

The company has committed to the 31 principles enshrined in the National Business and Human Rights Action Plan developed by the Spanish Government. The actions performed in this area are also supported by the 2nd Equality Plan, which seeks to guarantee the principle of equal treatment and opportunities between men and women. There is also a Procedure for the Prevention of Workplace and Sexual Harassment, and the company is adhered to the Companies project for a society free of gender-based violence.

In addition, Ferrovial signed the Diversity Charter in 2011. This European initiative, falling within the antidiscrimination directives enacted by the European Union in the year 2000, is supported directly by the European Commission’s Directorate-General for Employment, Social Affairs and Equal Opportunities.

Ferrovial is still firmly committed to the diversity of its workforce aligned with the commitment to avoid any type of discrimination established in the Human Rights Policy.

In its latest annual population report, the United Kingdom government highlighted the low presence of minorities in the construction sector, specifically the so-called BAME (black, asian and minority ethnic), which represent only 7% of employees in the sector. Therefore, it appealed to companies in the industry, including Ferrovial Agroman UK & Ireland, to change this situation. This division currently has 18% of BAME employees in its workforce, and 29% of new hires in 2019 corresponded to BAME minorities, 70% of which were university graduates.

In the words of Mario Móstoles, Managing Director of Ferrovial Agroman UK & Ireland:

“We understand the importance of having a diverse and inclusive workforce, which is also essential for the success of the business. We know the benefits of having an organization where everyone is and feels represented fairly. There are still challenges to face, but we are satisfied with the progress we have made so far.”

Within the commitment to labor rights, Ferrovial guarantees the right to strike, freedom of association and the right to collective bargaining in all countries where the company operates. Ferrovial employees are protected by employment regulations in each of the different territories. 73.7% of the workforce is adhered to collective agreements.

The link between labor rights and Human Rights has also been reflected in the Sustainable Development Goals, specifically in SDG 8, decent work and economic growth. From this perspective, an emerging issue that Ferrovial is working on is guaranteeing the future employability of its employees by helping them to acquire digital skills, which shall be essential in the future work environment.

A GLOBAL CHALLENGE WITH LOCAL ANSWERS

In some countries Ferrovial has been involved in initiatives that help raise awareness of Human Rights and promote safeguard measures adapted to the characteristics of each country, assuming positions of responsibility in different initiatives to support corporate responsibility and Human Rights. Examples of such include the Secretariat of the Executive Committee of Forética in Spain.

Other networks and working groups in Spain in which the company actively participates to promote Human Rights across the business world and the rest of society are the Human Rights Lab of Fundación Seres, the Executive Committee of the Global Compact Network, where it continues to be a member of the Board, and the new CEO Alliance for Diversity initiative led by the Adecco Foundation and the CEOE Foundation that Ferrovial Agroman and Cadagua have joined.

In the United Kingdom, Agroman UK, Amey, AGS, Heathrow Airport and AGS have commitments aligned with the UK Parliament’s Modern Slavery Act, which is there to prevent events related to slavery in any of its forms and human trafficking. This commitment not only covers their own business activities but permeates the entire value chain. 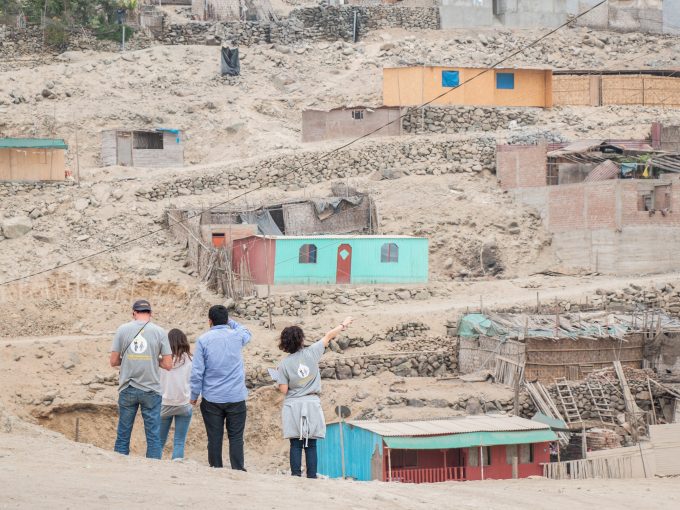