The Corporate Governance of Ferrovial seeks to guarantee integrity, understood as diligent, transparent and responsible behavior with its shareholders, employees, customers and the various agents involved in its activity. Integrity is essential to ensure that we attain a profitable and sustainable long-term business, aligned with the company’s strategy, and to strengthen the confidence that shareholders and the various stakeholders have in it.

In accordance with corporate legislation, the Annual Corporate Governance Report (ACGR) is part of this Management Report and has been formulated by the Board of Directors and communicated to the National Securities Market Commission (CNMV). The ACGR details all the components of Ferrovial’s corporate governance and can be accessed via www.ferrovial.com.

As indicated in the ACGR, Ferrovial fully or partially complies with most of the recommendations of the Code of Good Governance of Listed Companies (58 of the 60 that apply to it). In this regard, the company regularly analyzes the best practices and regulations of good governance at national and international level to assess their application and incorporation into its internal regulations.

EXTERNAL EVALUATION OF THE BOARD

VOTING RIGHTS OF THE BOARD OF DIRECTORS

The operation of the management bodies and the decision-making process is described in detail in the ACGR, highlighting the functions of the General Shareholders’ Meeting and the Board of Directors as the company’s highest governing bodies.

It performs its functions with unity of purpose and independence of judgement, treating all shareholders who are in the same position equally, and is guided by the social interest, understood as the attainment of a profitable and sustainable long-term business that promotes the continuity and maximization of the economic value of the company.

It is composed of 12 members, which facilitates efficient and participatory operation. Re-elections take place every three years, compared to the maximum of four established by corporate regulations. This allows shareholders to validate its management every so often.

In 2019, the Board held a total of nine sessions, with an average duration of five hours per meeting. All the Directors attended the 9 meetings in person except in two sessions in which proxy was given with instructions, and one session in which a Director who did not attend or delegate proxy. Additionally, on December 17, 2019, the Board adopted a resolution in writing and without a session that has not been accounted for in the number of meetings.

The Board assesses the quality and efficiency of its operation and that of its Committees once a year, having, for the fifth consecutive year, the help of an external prestigious consultant. As a result of the assessment exercise, the Board has agreed to further strengthen its role in (i) the group’s strategy and organisational model; (ii) risk identification and management processes; (iii) gradual renewal of the Board’s composition; (iv) innovation and digital transformation; and (v) increased interaction with the management team.

As part of the succession plan of the group’s first executive line, Mr. Ignacio Madridejos Fernández has been appointed as the new Chief Executive Officer. Furthermore, as part of the gradual renewal of its composition, the Board has also appointed Mr. Juan Hoyos Martínez de Irujo and Mr. Gonzalo Urquijo Fernández de Araoz as new Independent Directors. The latter have replaced Mr. Joaquín Ayuso García and Mr. Santiago Bergareche Busquet, who had been on the Board for 17 and 20 years, respectively.

It consists of four Independent Directors, who were appointed in consideration of their knowledge and experience in accounting, auditing and risk management. Together, they have the relevant technical knowledge in relation to the sector in which the Company operates.

The Board of Directors agreed to appoint Mr Oscar Fanjul Martín as Chairman of the Audit and Control Committee to succeed Mr Santiago Fernández Valbuena after completing the four-year term for which he was appointed. It also appointed the new Independent Director, Mr Gonzalo Urquijo Fernández de Araoz, as a member of said Committee.

The following describes the main functions, other than those attributed by law, which involve the adoption of recommendations of the Code of Good Governance of Listed Companies:

The Committee held five meetings in 2019, with all of them being attended by all of its members with the exception of a session in which a proxy with instructions was granted. The activities that the Committee carried out during the year are detailed in the report on its operation, published on the Ferrovial website. The Audit and Control Committee takes into account in its activity and operation the recommendations of the Technical Guide of the CNMV on audit committees of public interest entities.

In 2019, the Board of Directors of Ferrovial appointed two new Independent Directors, Mr. Juan Hoyos Martínez de Irujo and Mr. Gonzalo Urquijo Fernández de Araoz. These appointments, together with those of Mr. Bruno Di Leo in 2018, Ms. Hanne Sørensen in 2017 and Mr. Philip Bowman in 2016, represent a continuous reinforcement of the presence of Independent Directors, who already represent 66.67% of all of its members, as well as the diversity of backgrounds, knowledge and experience on the Board.

The Committee comprises four Independent External Directors, including its Chairman. All have been appointed with regard to the knowledge, skills and experience appropriate for the performance of the Committee’s functions. To increase independence in its composition, the Independent Director Mr. Bruno Di Leo joined the Committee in 2019.

The following describes its main competences, other than those attributed by law, which involve the adoption of recommendations of the Code of Good Governance of Listed Companies:

TRAINING AND EXPERIENCE OF THE BOARD MEMBERS

The Committee held seven meetings in 2019, with all of them being attended by all of its members with the exception of a meeting in which one member was absent. The activities that the Committee carried out during the year are detailed in the report on its operation, published on the Ferrovial website. The Nomination and Remuneration Committee takes into account in its activity and operation the recommendations of the Technical Guide of the CNMV on nomination and remuneration committees.

ISSUES ADDRESSED BY THE BOARD OF DIRECTORS

Once a year, at the proposal of its Chairman, the Board of Directors prepares a schedule of dates and issues to be addressed in each of the meetings planned for the following year, taking into account the suggestions of the Directors as well as the recommendations of the external consultant who collaborated in the evaluation process of the Board, notwithstanding other issues that may arise throughout the year. The main issues examined in 2019 are detailed below: 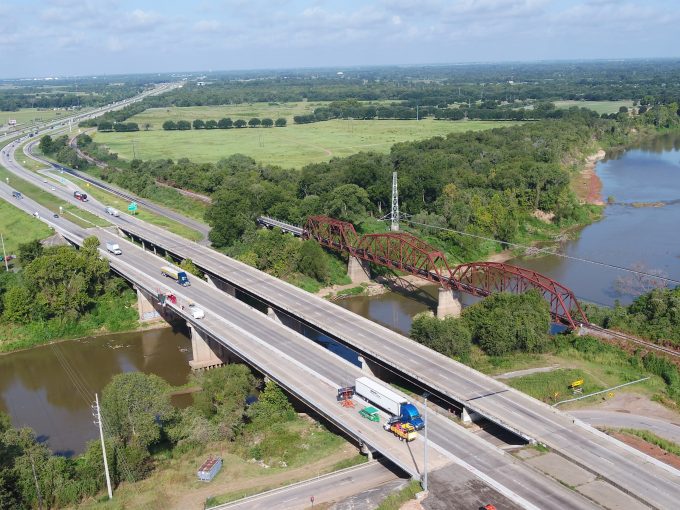